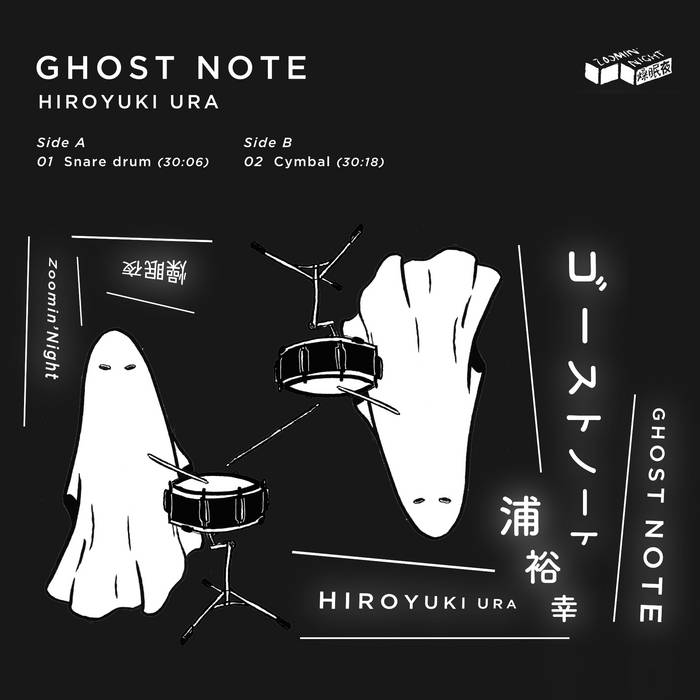 Hiroyuki Ura was born in Tokyo in 1984. Principal activities are performances using percussion, drums and keyboards; experimental composition; and sound installation.
In 2018, his composition album "Calm! Hearts! Passionate!"performed by Yuji Ishihara, Yuma Takeshita and himself was released from Zoomin' Night zoominnight.bandcamp.com/album/calm-hearts-passionate

A statement from Ura:

"I recently went on a two-day recording trip with friends.
The first day it rained all day. We heard the sound of the rain falling continuously on the roof of the house where we were staying, so we knew that it was raining even if we didn’t look outside.
The next morning, the rain had stopped completely. I opened the window and heard the chirping of birds.
It seemed like a good opportunity, so I turned on the recorder to record the sound.
After a while I stopped recording and listened to the sound on speakers. Just then a friend came back from a walk outside and asked in a puzzled way if the birds were still chirping.
When I stopped the recording, the birds outside were no longer chirping.
When the things you see and the sounds you hear don’t coincide, you think about the existence of sound. "